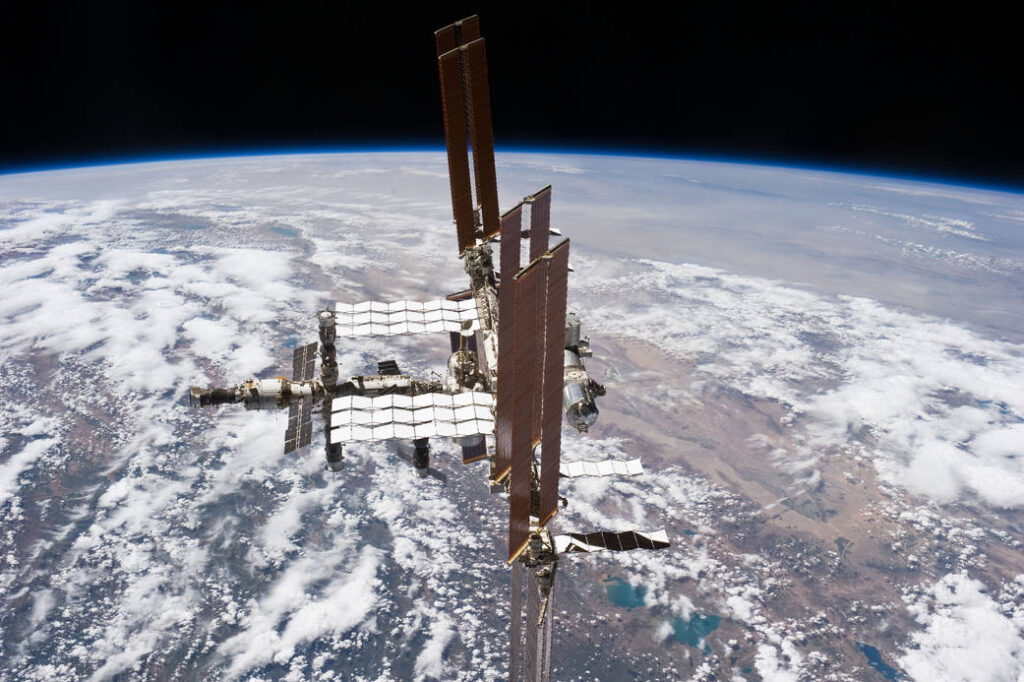 On the morning of that 8th August, I got a notification that the International Space Station (ISS) would be passing over Puerto Rico at 8 pm and after my previous failure with the telescope, I decided to try and capture an image of it this time.

I’ve watched it pass over before and it gets very bright – it’s a sight to behold! I remember one cold Christmas Eve in Northern Ireland I was celebrating with family down in Belfast and we all went out to watch it pass over.  It was a crystal clear night and the younger kids were transfixed and became even more so when a rumor spread among them that this was Santa on his sled starting to deliver his presents! Haha, we had fun.

Check out this site here if you want to know when it will next pass over your area or if you want to get notifications. We’ve seen it a few times here in Puerto Rico and here’s a video of a previous pass taken with a cellphone.

So my previous failure through the telescope can be summed up simply by saying that my focus was off, the camera stopped recording halfway through and then fell out of the telescope. Thankfully it fell onto soft ground because had it been onto concrete that would have not only been a failure but an expensive one at that! They say experience is the best teacher and so this time I made very sure to correct my errors!

A view of 5 frames showing the space station captured in the video.

As most will know, the ISS moves fairly quickly across the sky. This makes imaging it complicated because I can’t track it using the motors of my telescope. High-end equipment can do this but I’m not there yet! So it basically boils down to starting the recording, manhandling the scope to move it and try and keep the ISS in the crosshairs of the finderscope. The finderscope is simply a small telescope with crosshairs that I use to center the main telescope on a target. So the theory was that if I get the ISS in the center of the crosshairs (at some stage) the camera in the main telescope would capture it.

Two people make this whole process much easier, so my wife, Nancy, was on hand to start and control the recording. She would let me know if she was seeing it flash across the screen at all. She also would adjust the exposure if she noticed it totally overexposed.  We set the camera to record at an exposure of 1ms and a gain of 335, figuring that this would be a good starting point.

Since there was no time to focus during the capture this had to be set prior to trying to image the station. This was done by focusing on the planet Jupiter which was up in the night sky. I figured it would be the same focus point required for the International Space Station. All I needed to do was not knock the focus off by mistake when imaging it! I even had on a pair of kneepads because I knew I’d be having to do everything kneeling when the ISS reached right above me in the sky. 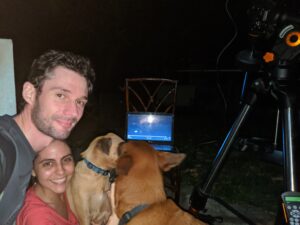 A family photo to mark the occasion of capturing the International Space Station (lower left of laptop screen). Yes, the dogs weren’t too happy with each other haha

Then we waited and just before 8 pm I noticed the ISS making its appearance and beginning to rise in the sky. I started to follow it with the telescope and everything was going fine until our two dogs decided to fight right beside Nancy at the laptop… Yeah. Talk about timing haha.

Thankfully no leads were ripped out of the laptop or the camera out of the telescope and Nancy was able to get them under some sort of control and keep them apart. She was definitely multitasking!  Now and again she would tell me that she was seeing something flash across the screen which was encouraging! Finally after about 3 minutes the ISS passed by Jupiter and disappeared on the other horizon. We stopped the recording and then started looking through the video on the laptop beside the telescope… and there it was! Success!

So we gathered the dogs (still not too happy with each other) and took a family photo out at the telescope to commemorate the occasion!

Analysis of the capture

Putting the frames above into photoshop we can create a small gif file that animates the view of ISS that we captured at different points in the pass over Puerto Rico.

An animation showing the International Space Station as it passed over Puerto Rico on the night of the 8th August 2020. Imaged with a c9.25 telescope.

The International Space Station rotates at about 4 degrees a minute so that it always has its ‘belly’ to earth but that’s not the rotation that we are seeing here. This apparent rotation is caused by the changing angle that I’m seeing the ISS from as it passes over Puerto Rico from one horizon to the other.

Using an image of the International Space Station obtained from the shuttle we can see what parts of the ISS I was able to resolve with my telescope. I’ve shown this below in an image where I’ve labeled some parts of the station and included a schematic. It can be clicked on to view it at full size. 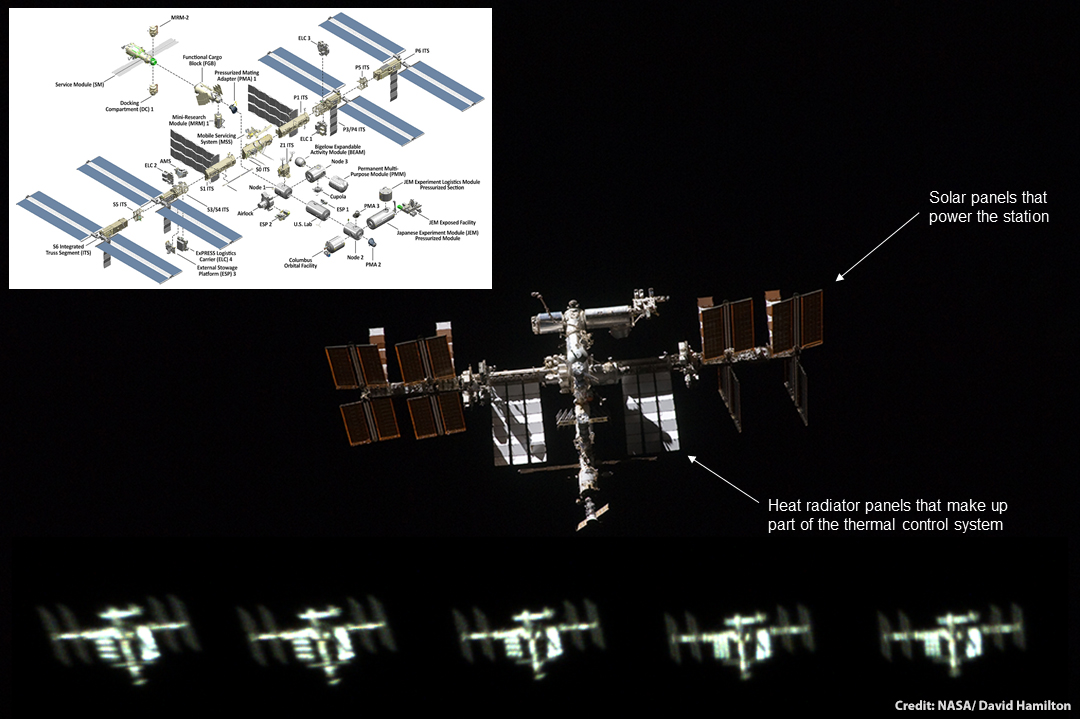 All in all a memorable evening where we were able to get some cool images of the International Space Station as it went over! I don’t know if I’ll be able to get anything of higher resolution but I’ll try!