A mind-blowing journey along the Galactic Plane

This is one of those journeys you take and have to pick your jaw off the floor afterwards.

Take an 8 minute journey along our galactic plane in up to 4K definition as imaged by the 12 meter APEX telescope in Chile. This was taken as part of the ATLASGAL survey of the milkyway and provides a view of the cold dense gas and dust along the plane of our galaxy. It will blow your mind. Sit back, increase the resolution and relax.

Find the full image below split into 3 parts and showing what part of our galaxy is being imaged by the diagrams on the right. All of the data from this image has enabled nearly 70 scientific papers to have been published with more to come. The caption contains the official information and is not my own work.

A spectacular new image of the Milky Way has been released to mark the completion of the APEX Telescope Large Area Survey of the Galaxy (ATLASGAL). The APEX data, at a wavelength of 0.87 millimetres, shows up in red and the background blue image was imaged at shorter infrared wavelengths by the NASA Spitzer Space Telescope as part of the GLIMPSE survey. The fainter extended red structures come from complementary observations made by ESA’s Planck satellite. Many of the most prominent objects are named and the parts of the galaxy that are shown in the three slices are indicated at the right.

The APEX telescope in Chile has mapped the full area of the Galactic Plane visible from the southern hemisphere at submillimetre wavelengths — between infrared light and radio waves. The new finely detailed images complement those from recent space-based surveys. The pioneering 12-metre APEX telescope allows astronomers to study the cold Universe: gas and dust only a few tens of degrees above absolute zero.1

This is the Apex Telescope in Chile that took the many images to make up the full galactic plane. It’s located 5.1km above sea level on the Chajnantor Plateau and is 12 meters wide. 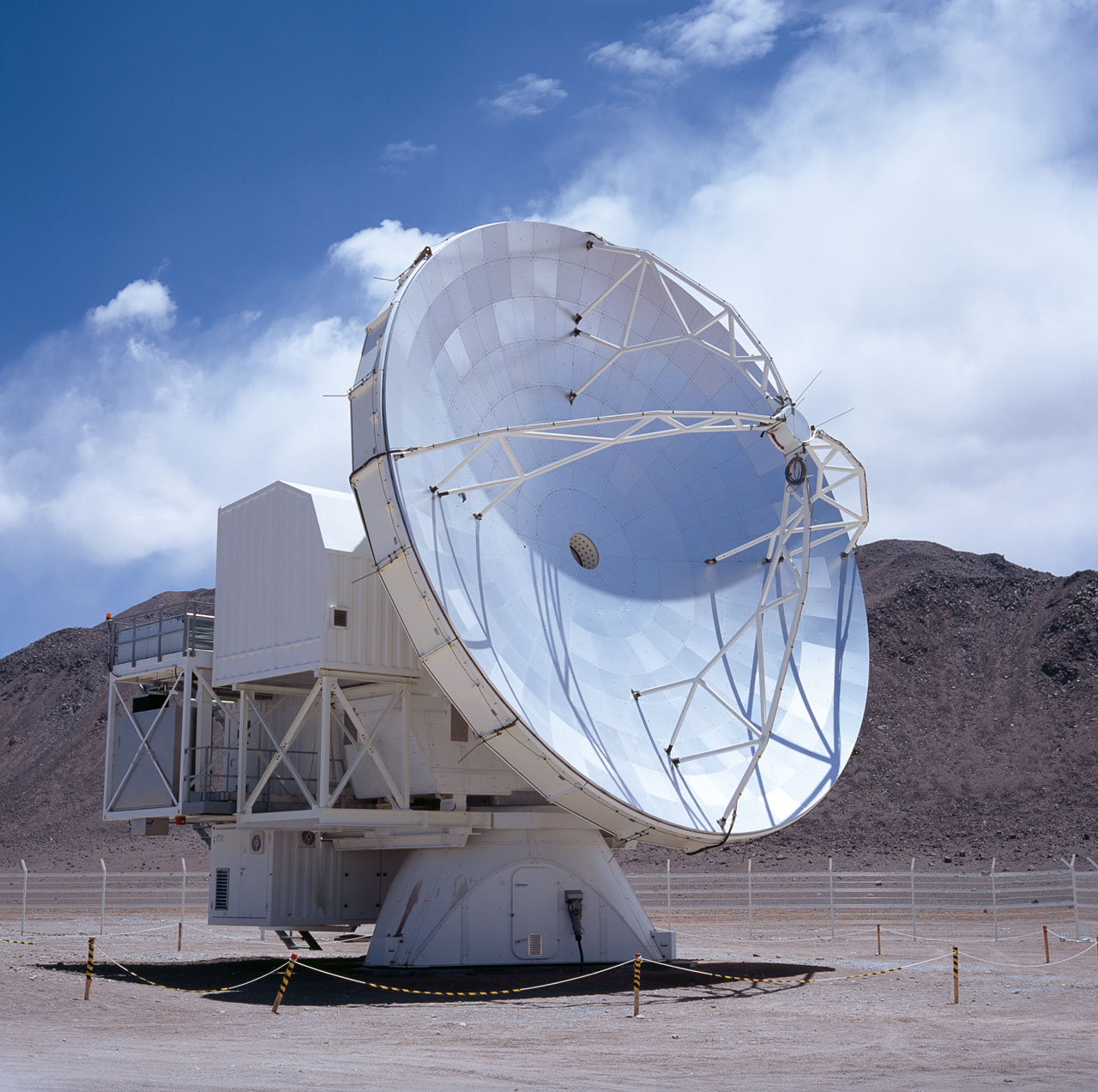 A view of the Atacama Pathfinder Experiment (APEX).
Credit: EOS