A study in Smoke 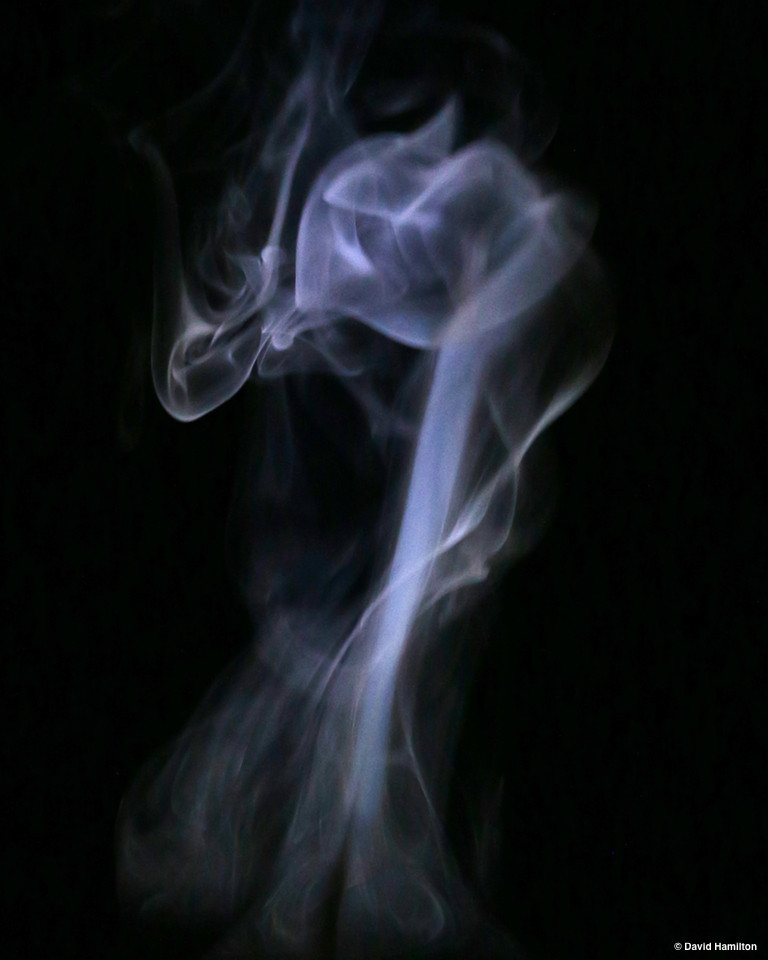 The night had fallen and I was starting to get bored… we were approaching 14 hours of no power and it was beginning to grate on me. I had already finished reading Elon Musk: Tesla, SpaceX, and the Quest for a Fantastic Future‎ (a very enjoyable read), played with the dogs and been outside to take a few images of the milky way but was fast running out of things to do. It was at this point I remembered reading somewhere about taking images of smoke. I went through my mental check list: Camera – check, Tripod – check, candles – definitely check, LED light – check. Everything I needed, so I figured why not give it a try and see what sort of results I can get.

So I’ll say right up front, this was my first attempt at this and by the end the room was filled with a haze of fragrant smoke (I used a woodwick candle left over from Christmas). My method was to have the candle on the floor, the Canon 70D on the tripod down at the same level and a car booster battery LED light shining up at an angle from behind and below the candle. Then it was just a case of blowing out the candle, holding down the high speed burst and adjusting the exposure, ISO and focus until the images began to look more respectable.

My biggest issue was the focus and I found it hard to get the smoke nice and sharp, however, playing with the settings (as the room filled with smoke) allowed me to get close to what I wanted. I should state here that I’m using the stock lens that came with the camera (18-135mm zoom lens). The most successful camera settings for imaging the smoke for me were;

Post processing involved adjusting the curves and levels, and increasing the vibrancy and saturation levels, and finally reducing the noise. The colours in the smoke can be altered depending on the type of LED light used to illuminate the smoke. Mine turned out bluish not by design but simply because the LED light I had gave it this hue. I did have a red LED light which I sometimes used along with the main LED light to see if the smoke would pick up some of its colour.

All in all it kept me occupied for an hour or two which was no bad thing that evening! Once you have the settings nailed down it’s just a matter of taking images and seeing if you get some cool shapes, add in coloured filters and you’ll be getting some pretty cool pieces of art. Just remember to move the smoke alarm to a different room if you try! Here are a few of the images I took. It reminds me of gazing into the fire on a cold winter’s day and watching the flames dance and make shapes. 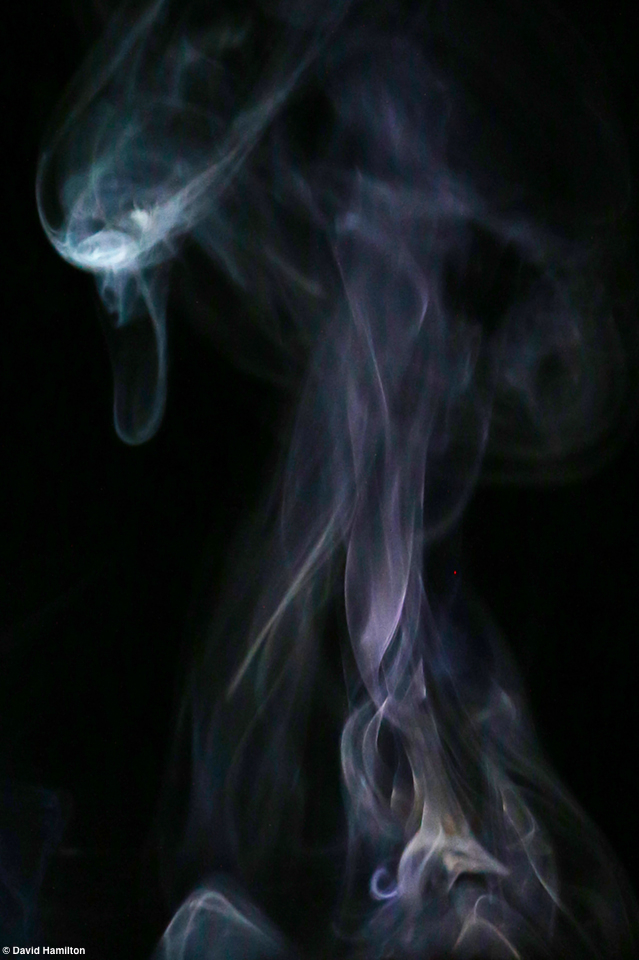 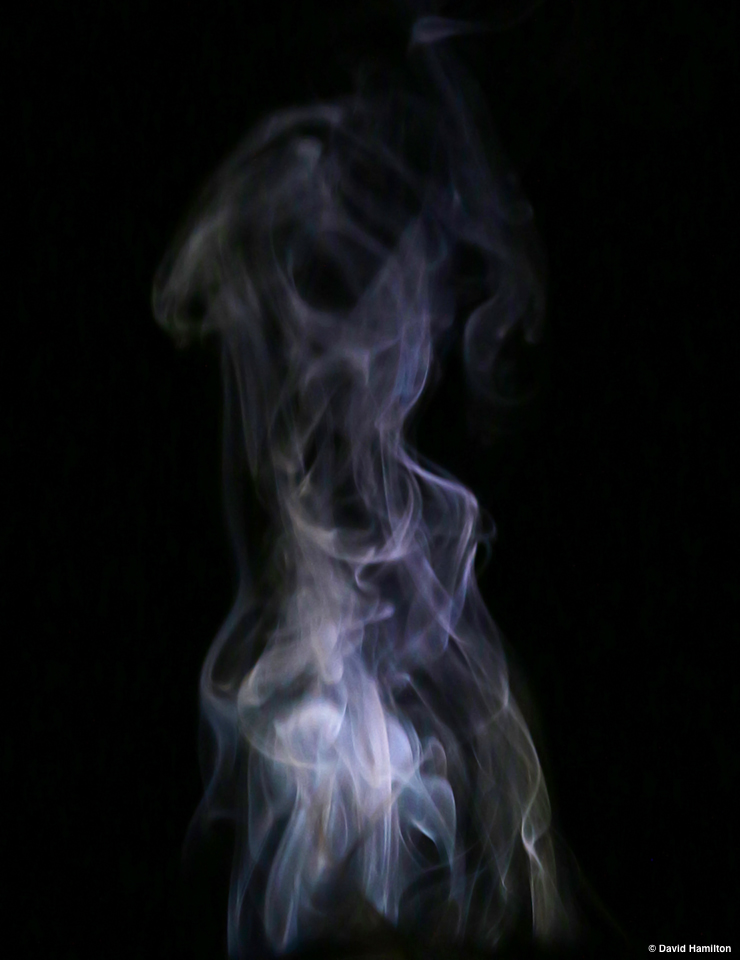 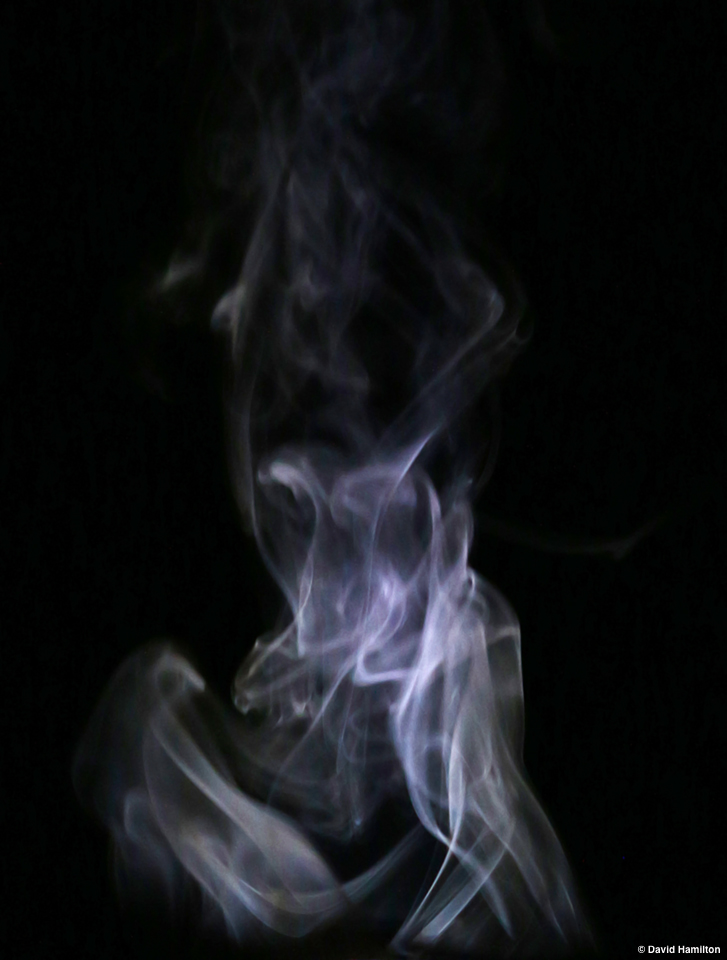 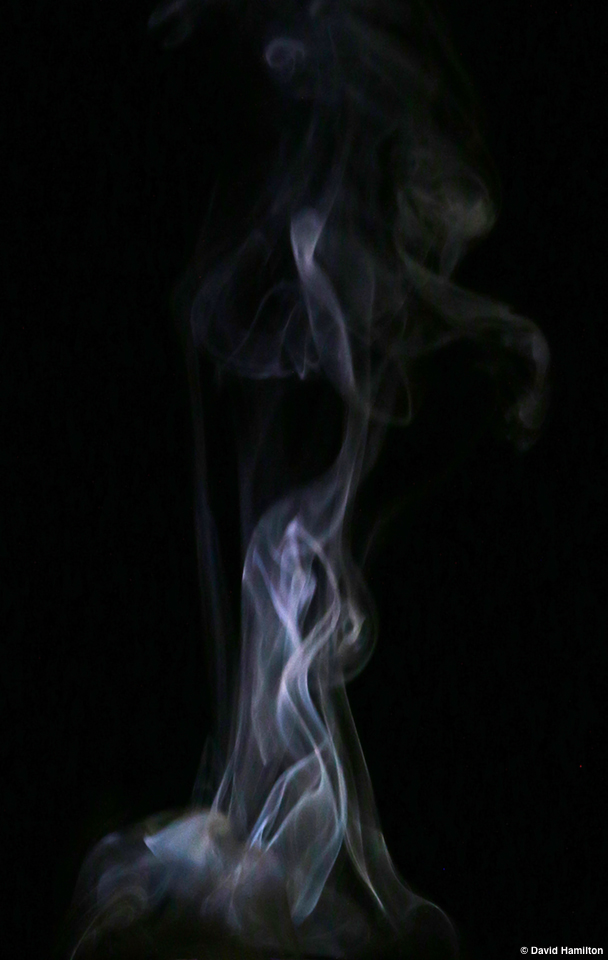 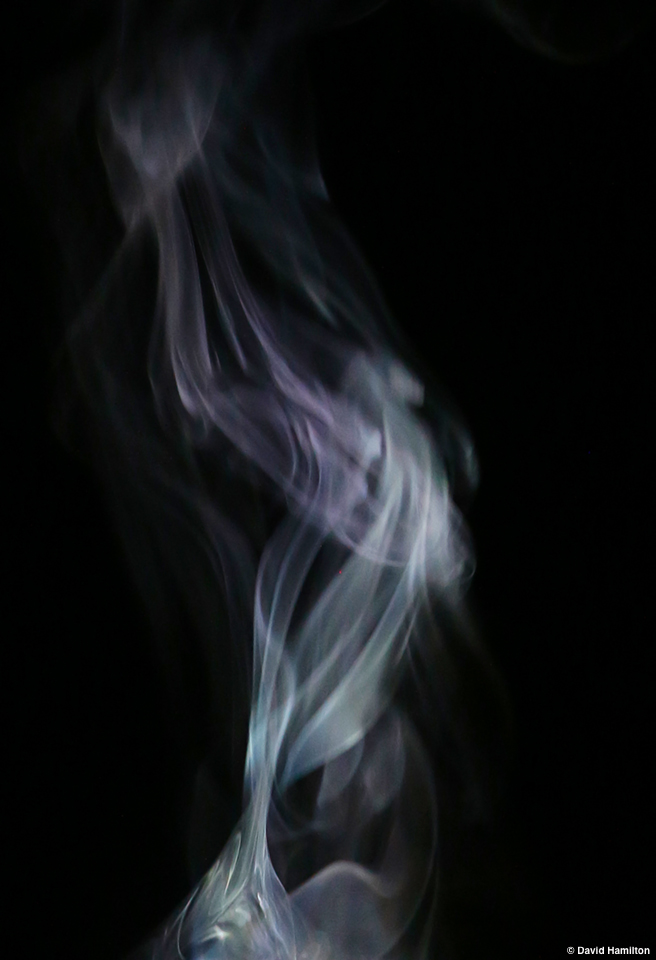 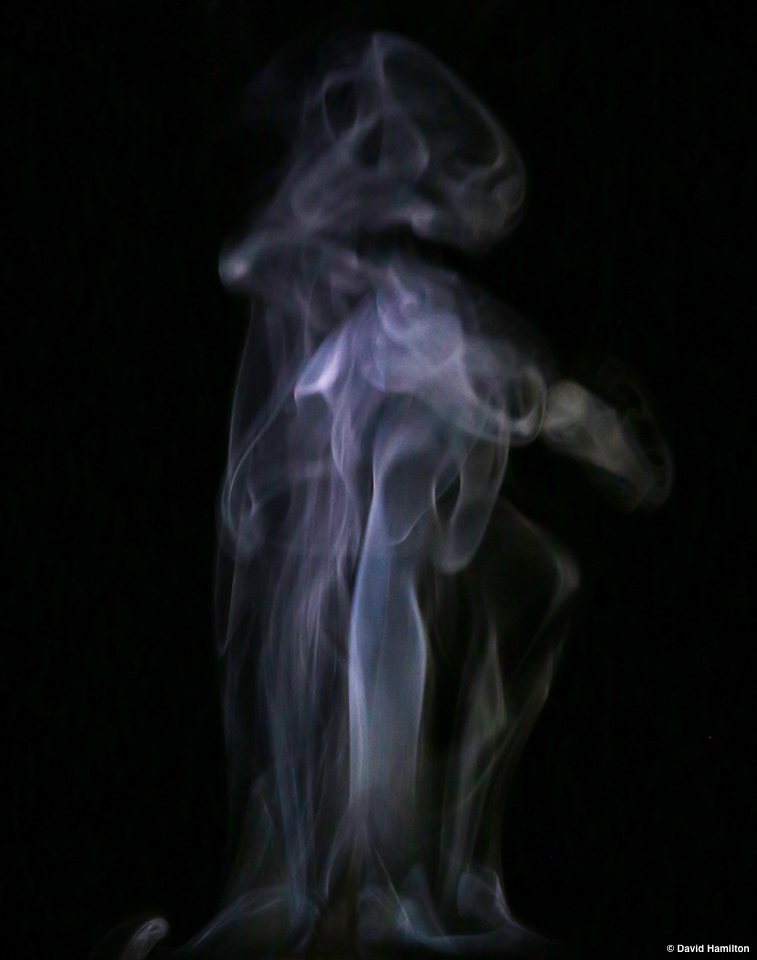 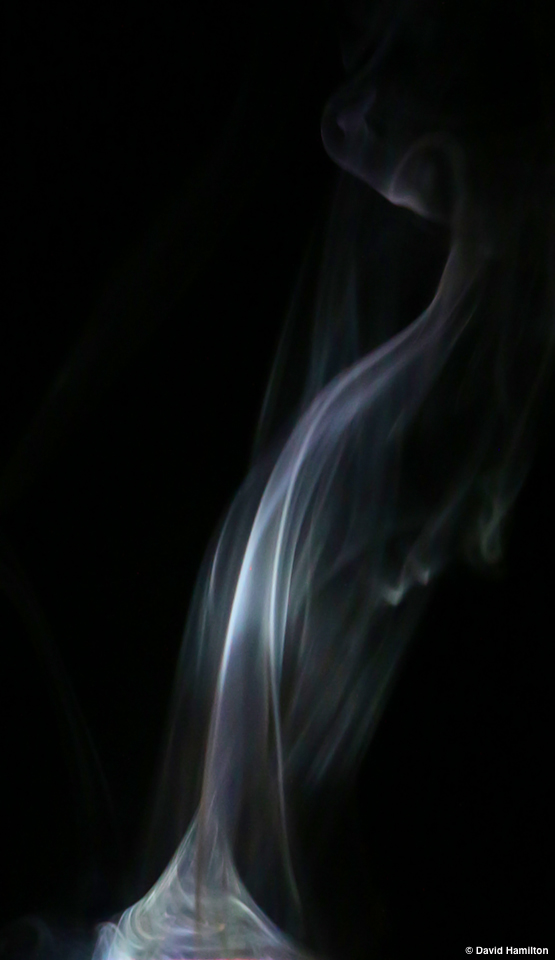