NASA has just released the raw images of the Great Red Spot (GRS) that were photographed by the Juno Probe on the July 10 at 9:55 p.m. EDT. The probe captured photographs of the GRS as it flew 5,600 miles (9000 km) over the surface of the massive hurricane that is 1.3 times as big as earth.

This is Juno’s 6th orbit of the largest planet in our solar system and it is the first time it has flown over the Great Red Spot so these images have been highly anticipated by those following the progress of the probe.

This article is being updated as I process some of the raw images coming in. This is the first.

Images of the Great Red Spot 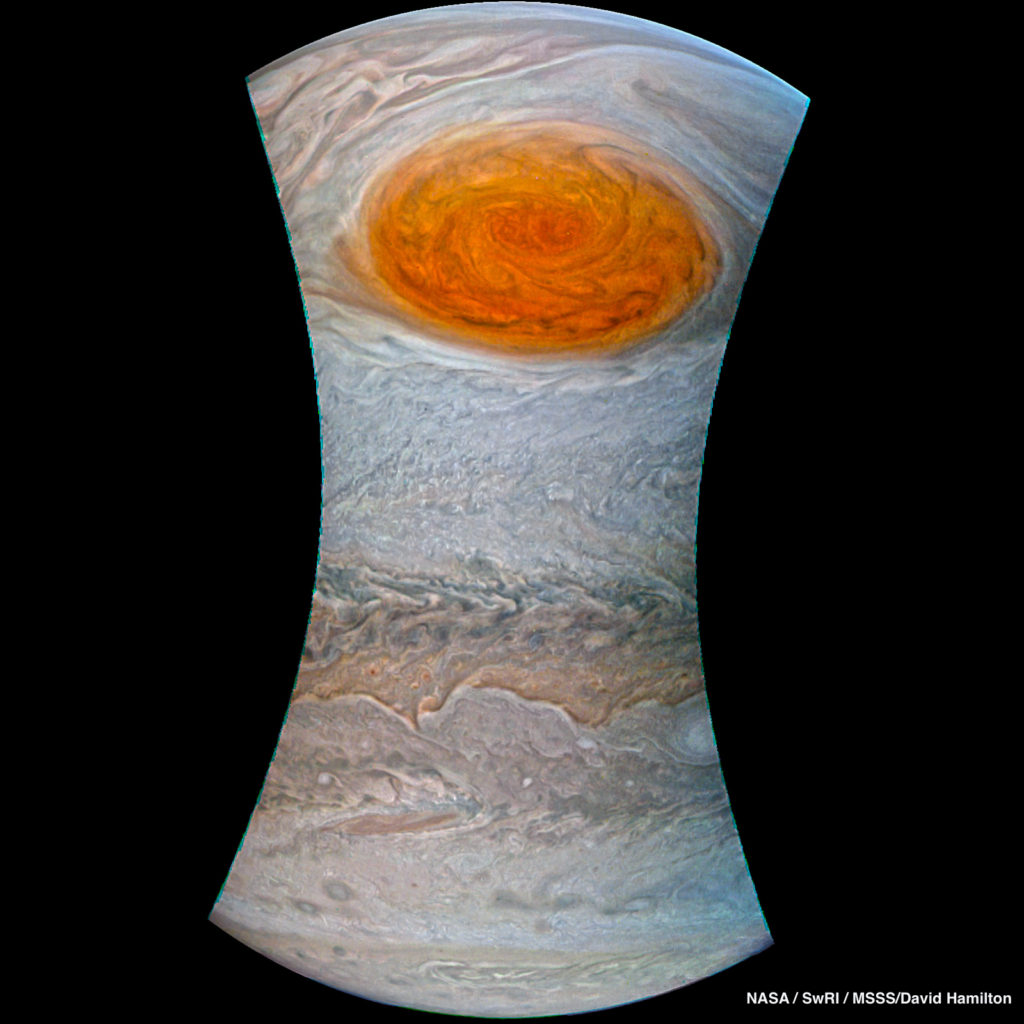 The detail of the gases on Jupiter is simply stunning. The top of the image points to North and the bottom to the south. The Great Red Spot is a massive hurricane with wind speeds of 400mph and has been observed on Jupiter for at least 187 years but may possibly have been first observed in the 1600s.

I adjusted the Great Red Spot from the above image to show what it would look like from right overhead. 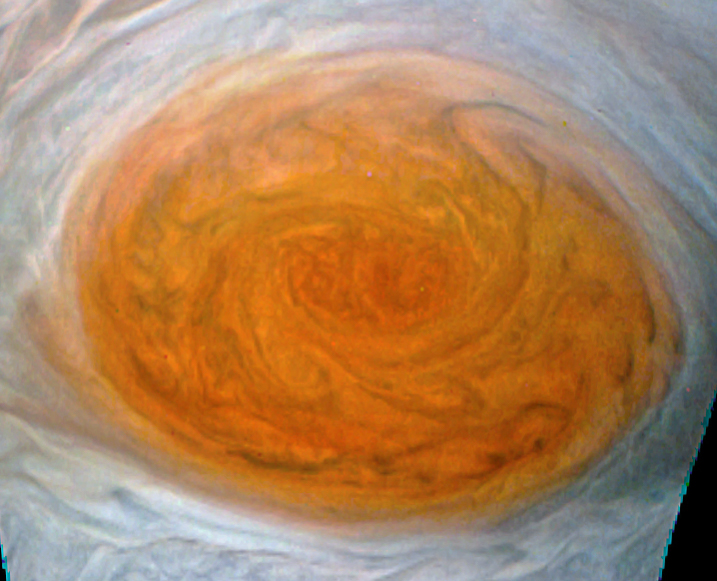 The movement of the gases on Jupiter’s surface and the Great Red Spot are demonstrated by this time lapse.

The following image of Jupiter is taken directly overhead resulting in some of it being missing at the edges. Nevertheless it gives us another good look at the Great Red Spot. 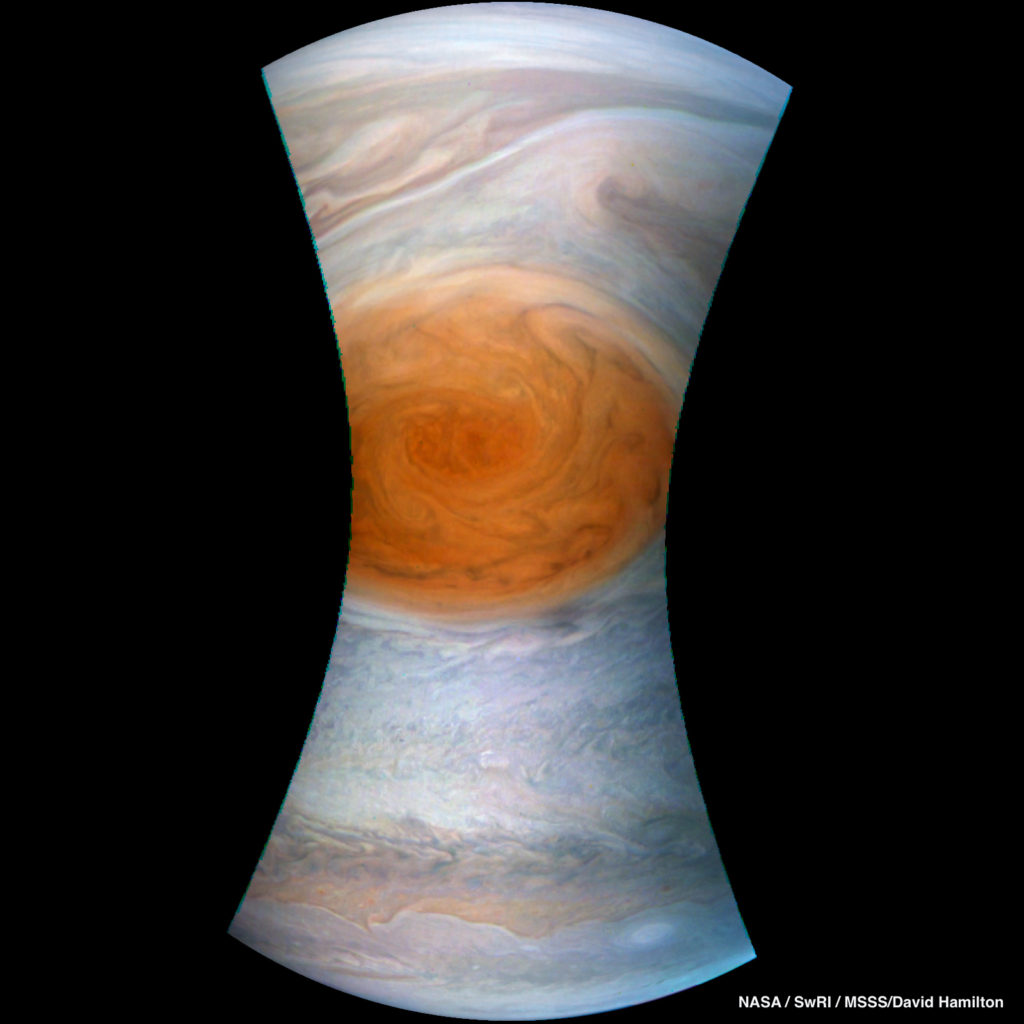 For now I will return to processing some of the other images and update this article with them as soon as I’m done. It’s fantastic to see this close up detail and we’re looking forward to getting even closer in the near future with Juno!