How do vaccines make us immune? 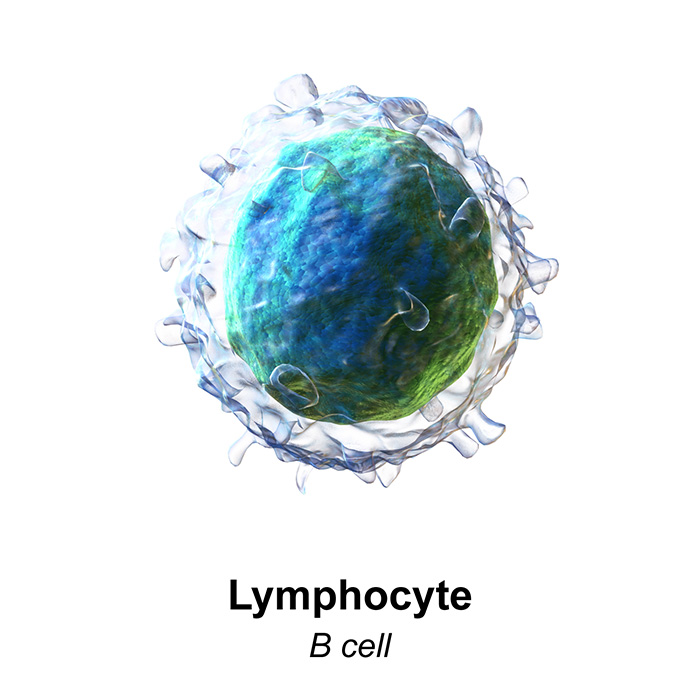 Having recently written about Edward Jenner and the first vaccine, it makes sense to ask the question, “How did the vaccine work?” Edward Jenner simply knew that giving someone the cowpox disease prevented an individual getting the more deadly smallpox. As to how it happened he could only guess. So how did it work?

The answer in its most simplest form is that from your immune system’s point of view, cowpox and smallpox look the same. Getting cowpox causes your body’s immune system to build up a specific defense against cowpox and if smallpox enters, these specific cowpox defenses recognise it as cowpox and overwhelm it, clearing it from your body. It’s almost as if your body has ‘wanted posters’ everywhere for cowpox and the deadly smallpox is mistaken for it every time.

How do we become immune? 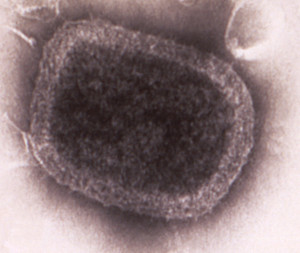 Electron micrograph showing the smallpox virus at a magnification of x150,000. Image adapted from original courtesy of CDC/Dr Kenneth.

I can’t emphasise enough that the immune response is far too complex to go into in detail here but here’s a simplistic look using the cowpox vaccine as an example.

So you decide to get the vaccine against smallpox back in the 1800s. You get the scratch on your arm and the cowpox virus enters your body. Each infected cell is hijacked by the virus to make more cowpox viruses, the cells burst releasing the newly created viruses and infection spreads. The resulting damage to your body will eventually kill you…

So how does the immune system put a stop to this damage?

Firstly, your individual cells have a weapon. They can detect when foreign material (such as cowpox virus) enters them and start producing proteins called Interferons. These proteins interfere with viral replication and hence their name. When neighbouring cells detect interferon they shut down production and make enzymes to damage viral genetic material. They have a number of other functions, one of which is signaling immune system cells and alerting them to the infection. All this gives the B-cells time to kick into gear.

Fever and muscle ache sound familiar? Next time you feel like this, there’s a high chance you’ve got a lot of interferon kicking around your system. 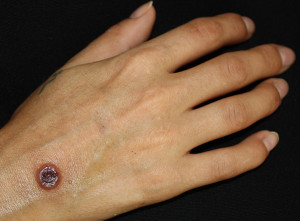 The cowpox virus pulls out a defense of its own. It actually produces interferon blockers.1 This means that the first line of defense our body has doesn’t help at quickly stopping the replication and spread of the virus. This gives the cowpox virus more time beneath the radar of the immune system which is dangerous.

Imagine it like a race, the immune system will remove the virus as fast as it can, but if the cowpox has too much of a lead, then the immune system won’t catch it. So why does the cowpox vaccine not give more than a few sores on the arm? The answer lies in that the virus is not efficient at spreading in the human body. Although called cowpox the virus actually originally comes from rodents to which it has adapted. So despite its defense it still spreads slowly. Smallpox on the other hand also has this defense against interferon and it is very efficient at spreading in the human body.2 This is one of the reasons why the mortality rate was so high.

This is where things get really interesting. Your body produces millions of B-cells (B-Lymphocytes) each day and every individual B-cell recognises a specific protein shape.  This protein shape corresponds to foreign protein that should not be in your body and is recognised by antibodies on the B-cell surface. The millions of B-cells produced every day, flow through your body acting as traps, just waiting to be triggered. 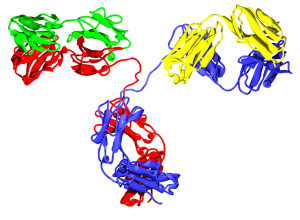 The Y shaped antibody produced by the B-cells. The top left and right section recognise the specific protein shape. Courtesy of Tim Vickers

The cowpox virus comes into contact with a B-cell and the antibody clicks into shape with the cowpox viral protein, the trap is sprung and things begin to move quickly! That B-cell begins to divide, making clones of itself. The clones then begin to change, the antibodies start to be released from the cell surface and production of antibodies goes into overdrive. When I say overdrive, I really mean overdrive though perhaps hyperdrive would be a better word! Each individual B-cell can pump out an extraordinary 14,000 – 27,000 antibodies per second!3 Imagine 10 clones (270,000 per second), 100 clones (2,700,000 per second)…tens of thousands of clones…well you get the idea. At this stage we call the B-cells, plasma cells.

The millions of antibodies lock onto the cowpox virus particles neutralising them and marking them for destruction by other immune system cells. The speed of the cowpox spread can’t match the rate at which the body is neutralising the virus and so the infection stops. The virus is cleared out of the body, the spots heal and you recover.

How then do you not get sick again the next time you are infected with cowpox? The answer lies in some of the B-cell clones. These clones become memory cells and can remain in your body for years continually producing antibodies specific to cowpox.

The next time you are infected with cowpox you won’t even notice it. There are enough antibodies in your system to immediately lock-on to the virus, alert the immune system and trigger massive production of the antibodies. Your response time is so fast that the virus has no opportunity to quickly spread. You are immune!

And since the smallpox and cowpox viruses are so similar, those antibodies also recognise and lock-on to the smallpox virus. It is immediately overwhelmed and removed from your body. You’re immune to it too! 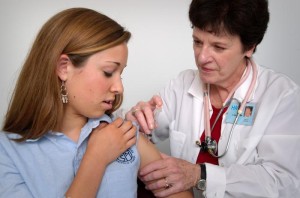 This is the principle that all vaccines work under. Vaccines nowadays are made to reduce the risk of illness.

Instead of the whole virus they can simply give you a large dose of the viral protein that activates the B-cell (vaccine for hep B and HPV).

They can contain whole viruses which have been inactivated (vaccine for influenza, polio, hep A and rabies).

They can contain live viruses which have been attenuated (weakened) to prevent spread (vaccine for yellow fever, measles, mumps and rubella).4

This is not a comprehensive list but it gives you an idea of some of today’s vaccines and how they have been designed. Each of them cause a large enough immune response to create memory B-cells giving you antibodies against the viruses. Every 5 or 10 years you might have to go for a booster to bring the levels of memory B-cells back up to ensure you stay protected.

A post on the man who saved more lives than the work of any other human being.