Many people tuned in to watch Blue Origin’s New Shepard In-flight escape test and saw the crew capsule successfully detach from the rocket booster with 70,000lb of thrust, before making a safe descent back to earth. The rocket booster impressively corrected itself from the effect of this thrust upon it and continued on its path into space before also being brought back to earth and making a safe landing. Both the booster (which has already made 4 trips and landings) and the crew capsule are due to be retired, so who knows, you might get to see them soon! If you’re interested here’s Blue Origin’s preflight write-up.

What of the booster? It’s the first ever rocket booster to fly above the Karman line into space and then land vertically upon the Earth. And it’s done so multiple times. We’d really like to retire it after this test and put it in a museum. Sadly, that’s not likely. This test will probably destroy the booster. …If the booster does manage to survive this flight – its fifth – we will in fact reward it for its service with a retirement party and put it in a museum. -Jeff Bezos

The progress that companies like Blue Origin (owned by Amazon founder Jeff Bezos) and SpaceX (owned by Elon Musk) have made in the last few years is truly exciting to watch. Rocket boosters are now returning to earth after launching, crew capsules are being updated with better and more efficient technology which is making space travel safer than ever before.

I’m looking forward to hearing Blue Origin’s report on the technical side of things. I was under the impression the crew capsule was suppose to fire just before landing to soften the impact but was unable to see from the video if this happened or not. However, in the event of an emergency this successful test of an escape just made space travel much safer than before.

Here are a few screenshots of the event and the video at the bottom! I highly recommend watching it. 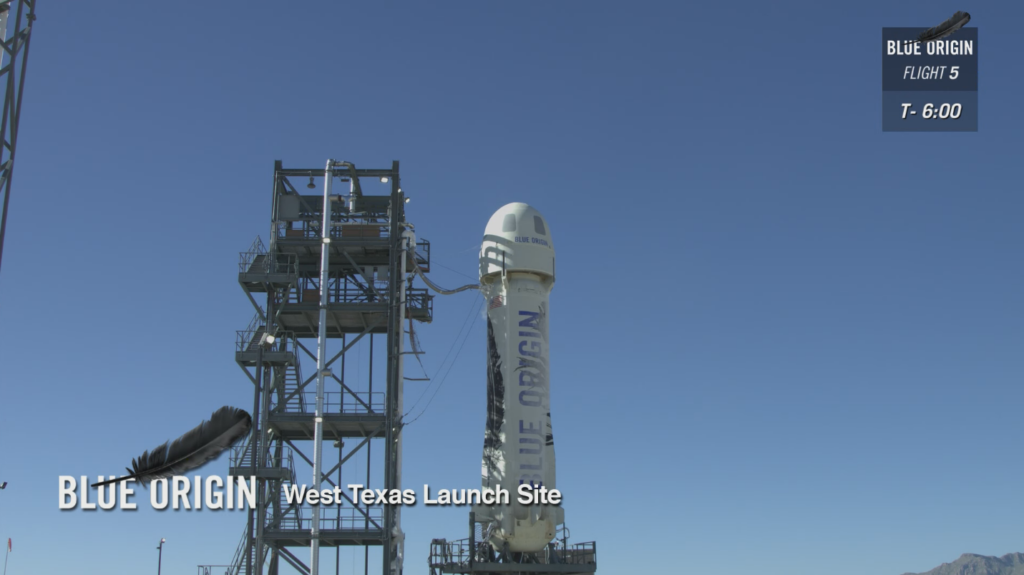 The New Shepard sitting on the launch pad with the crew capsule awaiting blast off. 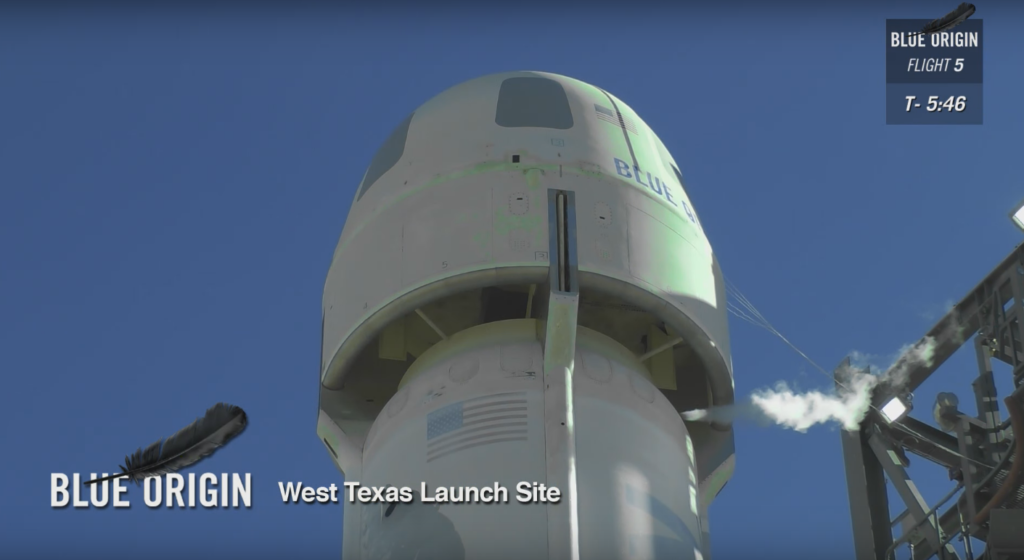 The crew capsule sitting on the top of the rocket waiting for the in-flight escape test. 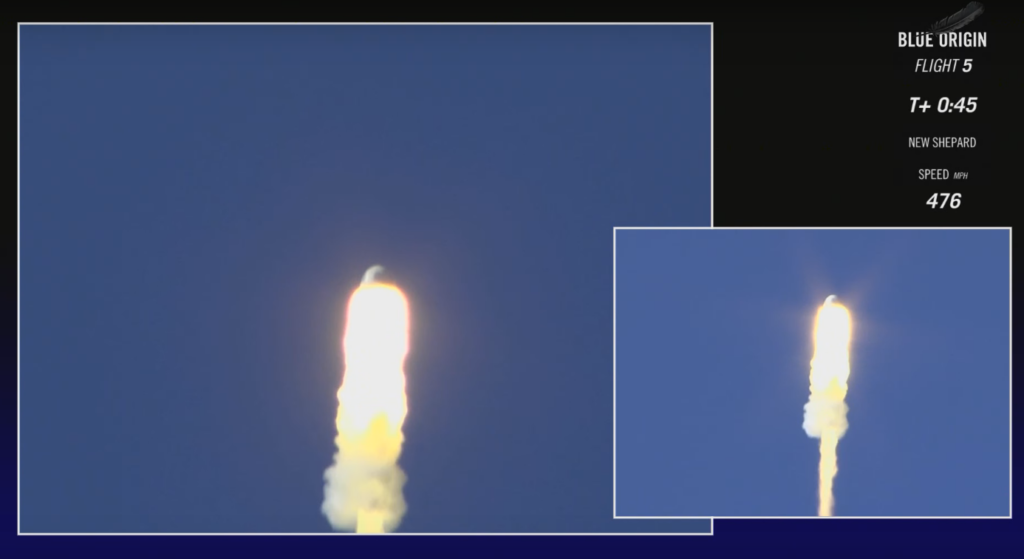 The moment of crew capsule solid rocket firing to initiate the escape. 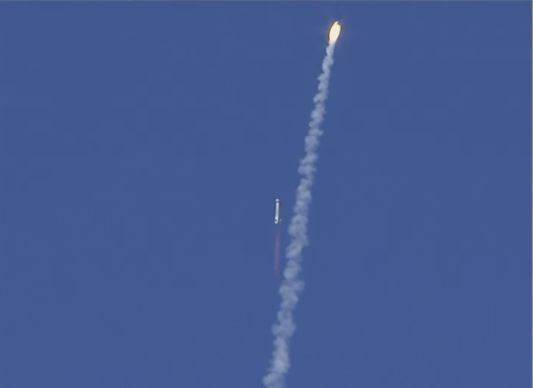 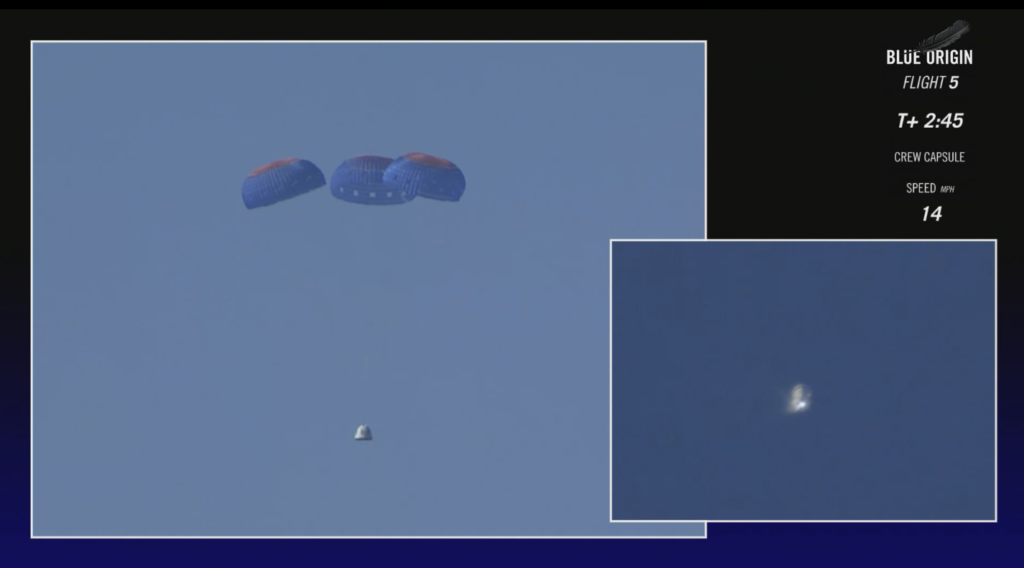 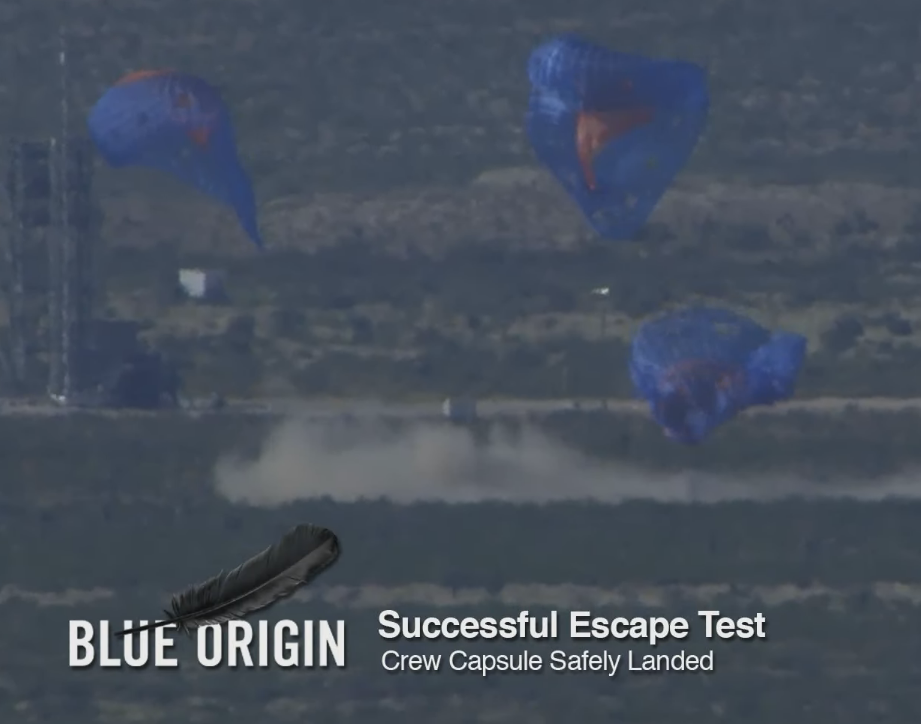 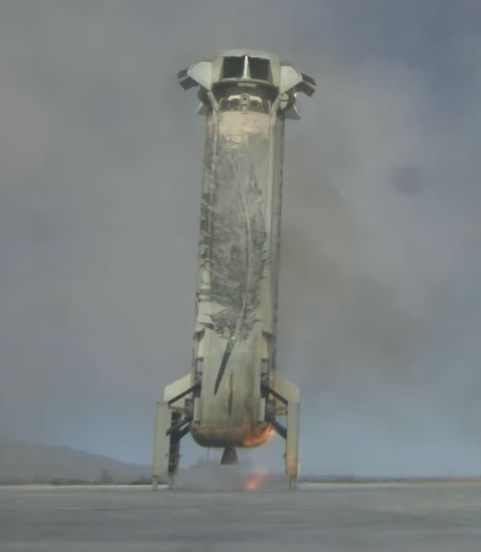 And here’s the YouTube video of the whole test. Enjoy!

And this is the escape in slow motion. It would be interesting to find out the G-forces this would exert on the astronauts.