The conjunction of Jupiter and Saturn 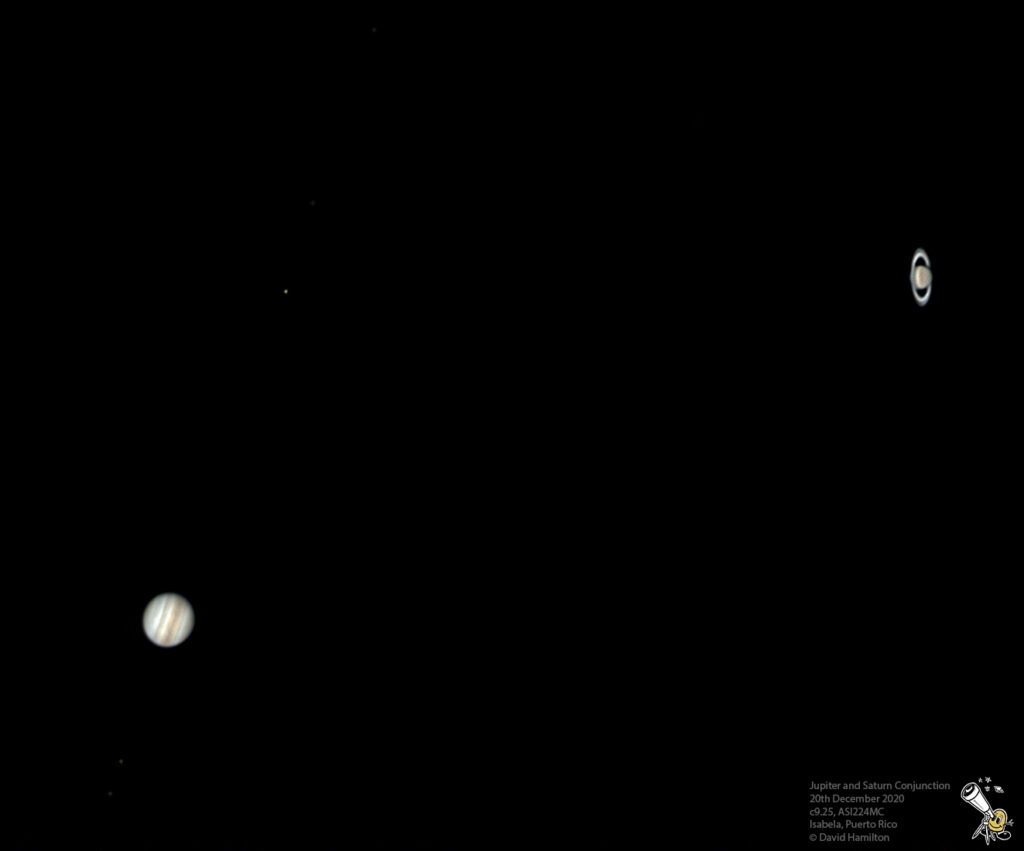 Jupiter and Saturn drawing ever closer on the 20th December – the day before the closest approach!

Jupiter and Saturn will appear to align in the western sky this evening! It’s quite an event to witness and one that doesn’t come around that often. This evening will be the closest Jupiter and Saturn have come in since 1623 – yes, back when Galileo was still alive! However, Galileo would have been unable to witness it with his telescope as it occurred too close to the sun. To actually find the last time they were this close and most people would have seen it we have to go back to the year 1226.

In the 1220s the Mongol army was advancing, the 5th crusade ended and Henry the 3rd ascended the throne in England. It was on the 4th March 1226 that Jupiter and Saturn drew even closer than they will appear today (the 21st). It would have been an impressive sight at the time! Unfortunately, telescopes had not yet been invented but it would have been enjoyed all the same for those that spotted it in the early morning skies. 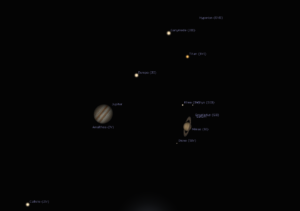 Conjunction of Jupiter and Saturn in 1226 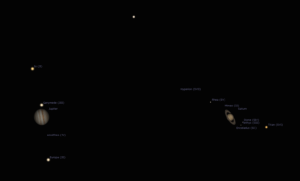 The position of Jupiter and Saturn on the 21st December 2020

How to enjoy the view?

Look to the west just after sunset as the sky darkens – it’s hard to miss! If you need an app to help there are plenty of free ones available (I use Starwalk 2). This once in a lifetime opportunity to see the two planets so close can be enjoyed without telescopes and binoculars. Do the two planets just look like one point of light? Those with sharper eyes should be able to distinguish two points of light. Binoculars will definitely resolve two points of light and you might even notice Saturn’s oval shape which is caused by its rings.  A camera can pick out Jupiter’s moons and depending on your camera lense, you might be able to pick out the 4 largest and maybe even Titan, a moon of Saturn.
Those with telescopes will enjoy great views visually – use a wide-angle eyepiece to get a wide view and then increase the power of the eyepieces and see if you can spot the cloud belts on Jupiter and the Cassini division in Saturns rings.

What to do if it’s cloudy?

There are plenty of live streams showing Jupiter and Saturn from parts of the world where the weather may be more favorable! Check out facebook feeds from NASA, observatories or astronomical societies in your area. In the days afterwards many astroimagers will be sharing their images for you to enjoy too! I’ll be linking to a live stream from Hamilton’s Planet Watch, so make sure you check to get notified.

Here’s a video I captured last night showing Jupiter and Saturn and an image! Enjoy the event whatever way you can and learn a bit more about space and the planets while doing so! Here’s to clear skies! 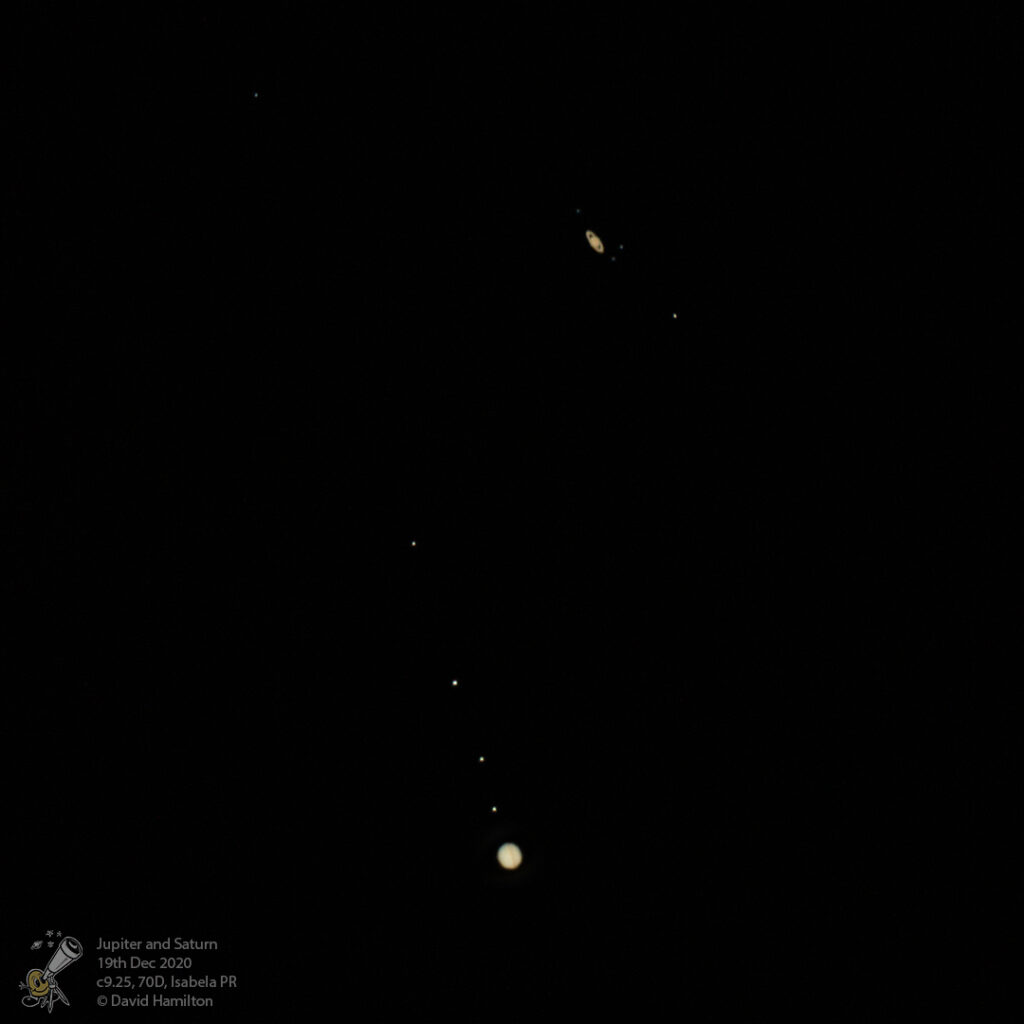