What they aren’t telling you about Toxicity 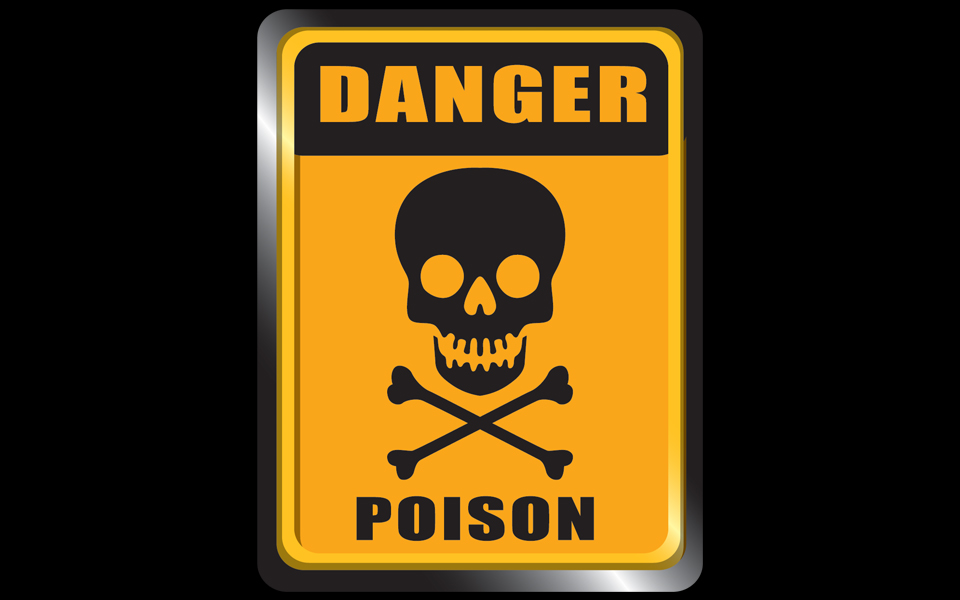 You’ve likely come across articles on Facebook or health blogs that warn about toxic chemicals in products. Typically they mention the name of the chemical, list the dangerous effects, maybe a personal story and tell you to avoid the product or food it’s in. My question is, how are you sorting out the truth from the misinformation? I think we all learn from a young age that you shouldn’t believe everything you hear or read, and sometimes that lesson is a painful one, especially if you’ve been scammed. Too often I’ve seen misinformation being spread by well meaning people, that spreads fear and confusion or that is actually dangerous advice. In some cases people have died as a result of being misinformed. So I’ve written this article to give you the tools to help quickly spot the misinformation and protect you and your family.

With regards to toxicity the following important foundational concept will give you a solid platform on which to assess what you are reading;

All matter in this world is made of chemicals, all are toxic at a high enough dose and all are non-toxic at a low enough dose. This applies to man made chemicals and to naturally occurring chemicals.

All matter, whether animal, vegetable, mineral etc. is composed of chemical elements or combinations of those elements. There are over 100 chemical elements that are known, most occur naturally but some are artificial and those who have studied chemistry will be familiar with the list in the periodic table. These and their combinations make up everything around us. Everything is made of chemicals.

The word ‘chemical’ often has a negative association with it because we hear it so often in the news associated with the word ‘toxic’. You may have heard people say, “We need to keep our home free of chemicals” or “Don’t buy the cleaners that contain chemicals, use these natural solutions instead” but I hope it’s clear that this doesn’t actually make sense because all things are made of chemicals. We understand what is meant, but it reveals an incorrect perception of what chemicals are.

If everything can be toxic what is it that causes something to become toxic?

It is the dose or amount of a chemical in our body that makes it toxic or poisonous, not simply its presence in the body. Any chemical can be diluted to the point that it will be harmless to you. Take the word ‘overdose‘ that we most often hear in the news with regard to medication or illegal drug use. In the case of medicine there is a dose (amount) that is safe and non-toxic but take too much and it becomes toxic even to the point of causing death.  This is one of the reasons why we have medications that you can only get with a prescription from the doctor, they have to be controlled because they can easily become toxic if the dosage is incorrect. This is true not only for medicines but for all chemicals and I give some examples below which may surprise you.

Foundational concept explained as an infographic

It’s often said that a picture paints a thousand words but the best I could do was to create the infographic below to help illustrate this foundational concept and give some guidelines. I hope you find it easy to follow and helpful.

All matter in this world is made of chemicals, all are toxic at a high enough dose and all are non-toxic at a low enough dose. This applies to man made chemicals and to naturally occurring chemicals.

Using the above foundational concept you can accurately measure whether something you read or hear is likely to be true or false. It’s clear that simply the presence of a chemical is not enough evidence to say that it is toxic to you, it is rather the amount in which it is present. The infographic shows how water can become toxic 1 2 3 resulting in an imbalance of water and salt in the body, a condition known as  hyponatremia. 4 To stress this further, there’s a medical recommendation that babies should not be given water to drink before they are 6 months old because of the risk of water intoxication.5 Salt6 7 and vitamin A8 can be toxic in sufficient quantities and this is true of all chemicals.  We need all of these to live and yet they can become toxic to us.

Botox is the most toxic chemical on planet earth yet dilute it down to nanogram amounts and it has medical uses or cosmetic ones.9

Formaldehyde that is used to preserve bodies in embalming and is categorized as a carcinogen (cancer causing agent)10 is actually a normal component of our blood and is present in all cells at an estimated level of 12 mg/L.11 Now to those who have not understood the foundational concept I’ve been mentioning, this sounds completely wrong because they cannot reconcile how this could be present in the body and yet the person be totally unaffected and healthy. When you understand the foundational concept you can see that in its low level in our body it is completely harmless and is actually fulfilling a critical function. We would be in big trouble without formaldehyde in us.

This being the case, if you read any article not mentioning how much of a chemical was found to be present in something but claiming the product is toxic to you this should raise a red flag. You should immediately ask yourself the question, “Why is the amount of the chemical not mentioned if that is what makes it toxic?” The answer nearly always is that the person writing the article has not understood the foundational concept. They simply thought the presence of the chemical made it toxic and perhaps with the best intentions, wanted to warn people. In reality you will often find the chemical is at levels nowhere near close to being toxic to you.

I hope that this helps protect you and others by giving you a solid foundation on which to assess whether something you are reading is likely to be correct regarding toxicity. I have come across too many examples of people who have misunderstood this concept and cut things out of their lives or diets which have actually put them in physical danger causing in some cases death. So by knowing this about toxicity you protect yourself.